I'm Gary... I develop software - mainly games, but apps along the way as well.

Below is the list of games created over the years. Most games will also run on mobiles as well as modern desktop browsers, though not always if the controls don't really work for the mobile. 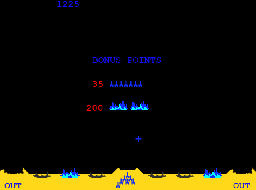 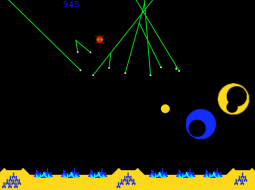 2nd retro classic in Phaser 3 - Missile Command. I wrote this one as I (foolishly) thought it would be easy, but was curious on how to get the missile trail. Too simple for particles, I ended up using the canvas graphics class. Different from the other controls at the time, Missile Command was played with the trackball. The nearest we now have is the mouse or trackpad, so mouse to move the target and either A,S & D to fire from the appropriate base, or left mouse to fire from the nearest base (with missiles). Again, I've tried to keep it faithful to the original, so enjoy (sound on please).
(ps - there may be a text issue in Brave - Chrome & Firefox are good though) 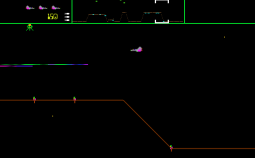 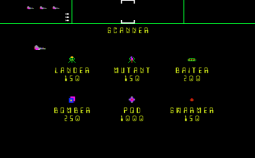 Phaser 3 version of the arcade classic. Having not developed a Phaser game for a long time, this is the first time using Phaser 3 and switching from functional code to classes. I've tried to make it close to the original complete with sounds effects, smartbombs, hyperspace and can be played with the keyboard or an Xbox Controller. All of the timings for enemies, are configured so I may tweak these later. In the meantime, on to a new project.... 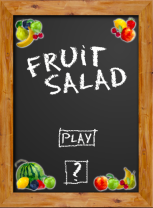 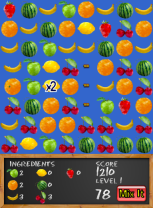 Classic Match 3 gaming with a difference. Swap fruit around to match all the required fruit before the time runs out. The direction you swap determines the direction your fruit shuffles (so think carefully sometimes). Set up nice little chain reactions and gain big points every time. Pick up multipliers and look for the golden cherries.
If you can't swap, or don't want do, then use the Mix It button to shake things up. 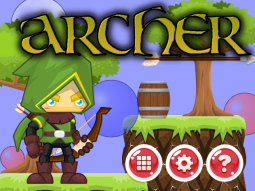 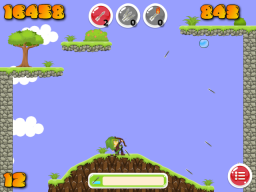 It's just you and your trusty bow and arrow as you have to pop the bubbles with what little arrows you have.
Click and drag to launch (or simply click) to unleash your arrow popping as many as you can. The more arrows and bonus time you have left at the end, the bigger the rewards.
Fire single arrows, a salvo at once or use the fire arrows to set off a chain reaction of exploding bubbles.
Pick up extras on the way from free arrows, extra time, lightning bolts or just extra points. Destroy barrels to unleash shrapnel destroying all the bubbles in it's path. 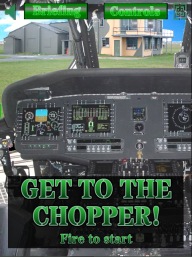 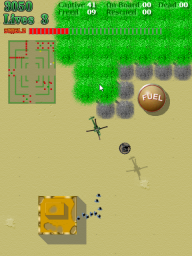 Your mission is to penetrate enemy territory and rescue our people being held hostage. Fly your attack helicopter destroying and evading the enemy, destroy the bases to free the hostages and bring them home.

Plays on desktop browsers only.

No time to figure out the puzzles in TileDriver?
Want a quick blast of tile sliding action?

So, my first full foray into Unity was a conversion of Smashed to run in webGL. The game is more or less there but with a couple of differences.

Developed as a small project for the Twitter #30daydev event, Space Runner is a HTML shoot-em-up with your ship skirting around the outside destroying the enemy ships spiralling from the centre.

Currently, it plays on desktop browsers only.

What can you create, on your own in a day? How about a HTML version of Asteroids. Developed using the Phaser framework, it's pretty impressive what you can do.

How do you play? Seriously? You don't need me to tell you how to play, just enjoy.

Currently, it plays on desktop browsers only. 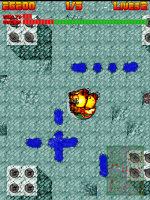 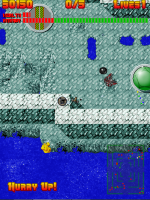 4 unique landscapes. Then it starts again, with more to blast.

Drag matching tiles together in the time limit to score points. The more tiles removed in one move, the bigger the score. Gain the required number of tiles and you can progress to the next level.

Create and destroy walls using the bomb and wall tiles to aid you.
Switches to change the environment can have a big impact on your strategy.
Bonus points for any moves left over, and big points for getting more than you needed.

20 puzzling levels to work through.

Mayhem and chaos as you rearrange the routes to get the coloured marbles home to the correct location.

Change the colour of balls to make it easier for you.

Prevent the black balls from destroying your home.

Addictive board game for 2-4 players based on Othello. Play against others or 2 levels of computer players.

Check out more info or jump straight in and play it now..

As we started work on webOS, all of the applications below are available on this platform. If you've never heard of webOS, don't worry, you're not alone. Billed as a game changer, it quickly faded from public view, which for us was a shame as it had a raft of features that you now take for granted on your phones. Swipe to close? Cards? Yeah, those were originally webOS.

TaskMasterHD
Available on the HP Touchpad. Get things done quicker and better with TaskMasterHD.

Using the original TaskMaster app available on the phones, TaskMasterHD was built from the ground up using the enyo framework. What has been built is a Task Manager app for your Touchpad that will serve your task requirements. Utilising the standard left to right viewing, your tasks can be grouped into lists and filtered, searched, ordered how so see fit. You can even print out lists and individual tasks (as long as you have a printer wirelessly connected to your Touchpad), or even email them.

TaskMaster
Available on the Pre. A dedicated TaskMaster application for the phone.

Let's be honest, the original task app on the Pre wasn't the best of apps. Simple would be the best way to describe it. Now, you can keep a better grip on your GTD lists with TaskMaster.

TaskMaster gives you the functionality required for a task app, with simple interactivity to allow you to update status, details with minimal taps of the device.

Infection
On the Pre & HP.

Based on the classic board game Othello, Infection is a game for up to 4 players.

Playing against another person or take the challenge to a new level against the computer. There are 2 skill levels for the computer players. Taking it in turns, the object is to eliminate your opponents by infecting their cells to your colour, until there is only one player left or the board is full. Movement is done by selecting any of your cells and splitting to an adjacent cell or jumping 2 spaces. When you land, any adjacent cells will be infected with your colour.

Ever keep sending the same collection of messages to the same sets of people?

Organise your most common messages and recipient numbers to send them with a few taps of the Pre, with no need to open the keyboard.

Quick Message allows you to define a small collection of people or groups from your address book, combined with a collection of messages to quickly send common messages out. Define how large each list is to be, from between 5 to 15 users, groups and messages. Add users straight from your contact list and maintain the mini lists how you choose. Deleting from the mini list does not delete your contact. If you don't like the order, both the message list and the user list can be changed.